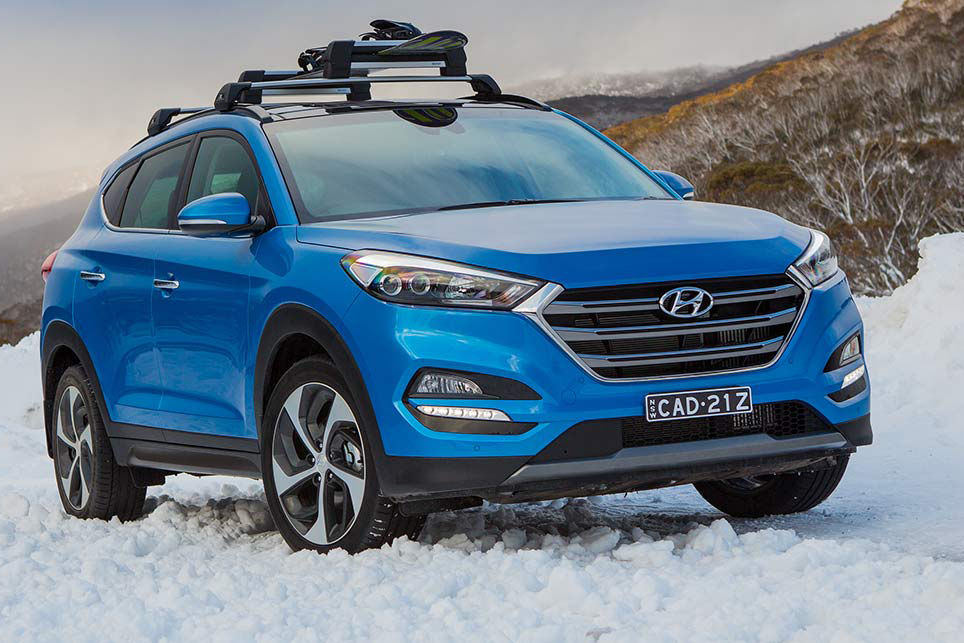 Early buyers were told that Hyundai Tucson 2015 would be a perfect choice in the compact crossover segment. Here is our review of this model.

The Hyundai Tucson is a compact crossover SUV manufactured by Hyundai since 2004. With the mission of competing with a series of names such as Honda CR-V, Nissan Rogue and Subaru Forester, changes and upgrades on third-generation Hyundai Tucson 2015 will help the Korean car company get into the segment that is very competitive in the Philippines?

The identity of Hyundai's design is becoming more and more evident when launching this crossover, shown at the top with grille and lights. The tail is also very young, personality, but importantly, it looks very attractive and not controversial as that of rival CR-V. In terms of sophistication, the full equipment that appeared at the launch event looked more alive and eye-catching than the predecessor model Santa Fe.

With dimensions (length x width x height) of 4,475 x 1,850 x 1,660 (mm), the car looks very compact. In addition, the use of contrasting materials and colors in the brace around the car feels much more solid than the previous generation.

An impressive feature of the full version is the front light which uses LED technology for each side. In addition, there are daytime running lamps in the sporty fog lamp cluster.

Review: What's new inside this model?

Despite its compact body, Tucson makes a big surprise in the interior space. Not only is the area up to 2,670mm long (50mm larger than the Honda CR-V's wheelbase), but the sporty seat design has made the Tucson's interior wider and more comfortable. Car experts have highly appreciated the width of the new Honda CR-V with the distance from the front seat to the back seat up to 81cm (when the driver is 1.7m tall adjusting the sitting position comfortable), but on Tucson 2015 even up to 85cm.

2015 Hyundai Tucson is equipped with Nu 2.0l MPI petrol engine, capacity of 156 horsepower at 6,200 rpm, torque of 196Nm at 4,000 rpm. The engine is mated to a six-speed automatic transmission. Hyundai has succeeded in creating a more impressive feel for this 2015 Tucson. When switched to SPORT mode, the engine responds faster at higher revs and is more instant.
The suspension also shows an improvement over the front. The vehicle's tilt is low even when cornering sharply at speeds approaching the limit.

Key Specs and Price in the Philippines

Conclusion: Is the 2015 Tucson worth the price?

With what is shown in the 2015 product, Tucson clearly not only highlights Hyundai's consistent and distinctive design style, but also creates a more personal and upscale image. Hyundai Tucson promises to continue to be one of the most successful crossover models in the world with powerful upgrades from exterior design to comfort, engine and performance.