Hyundai Accent 2012 Review Philippines - Is it worth buying now? 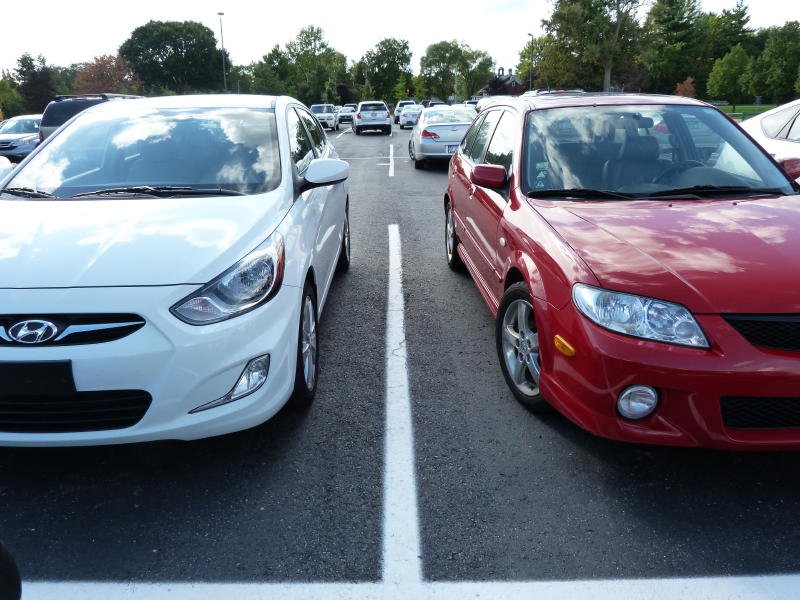 Let's find out some highlight features from one of the best-seller models of Hyundai: The Hyundai Accent 2012. So what makes it special? How is it different from the 2011 model?

Hyundai Accent is one of the top-tier models in 2012 that cost about ₱ 828,000 at release time. 8 years ago, this car has got some desirable tech and safety features in today’s vehicles.

Hyundai Accent 2012 is generally considered to be valuable in the subcompact segment. In this article, Philcarreview.com will give you a detailed review of this car, and let see whether you should decide to spend your money on it at this time or not!

Overall, the Hyundai Accent 2012 has the same style like the old version and the shape doesn't change much. This car comes in two styles: A four-door with a conventional trunk and a five-door hatchback.

Nevertheless, this 2012 version still looks better, as the style differs and colors are various. The wheel fills up the wheel arches that feels bigger compared to the boring 14 inches wheel of the old car.

Let's take a look at the inside of the car. There’s a little difference in the way the manufacturer organizes it. The seat still gives the same old comfortable feeling as before. However, there is a bit of advance in the controls of the car although the manufacturer doesn’t add many details to their design.

Hyundai Accent 2012 has changed with more features: the standard complement of power amenities, steering audio controls, on top of the climate control, and fully functional multi-info display. Bluetooth mode is added to the Accent with a new 3rd party audio unit. Nonetheless, more on the interface of the head unit would be better as many drivers care a lot about the audio unit.

The 1.6-liter CVVT engine is still the same as the old 2011 version. As tested, this car consumes at 10.9 km/l in the city with moderate traffic conditions and about 14.6/l on the subway with light and moderate traffic.

The speed and power are decent and easy to start, however, revs on speed are lower than the previous one, maybe due to the larger tires and wheels used while remaining the 4-speed automatic.

If you're concerned about the rear suspension, maybe this car won't let you down. While the rear on the 2011 Accent performs as if there were no shock absorbers that the bottom seats tend to bounce out at every speed bump, the back seats on the 2012 Accent feel more comfortable. The rear hit the shock absorbers but with slight pressure, and this feature shows an advancement in Hyundai's design.

Hyundai Accent 2012 Pros and Cons: Worth it at this time?

Over the past generation of the Accent lineup, this 2012 model has made considerable progress. With a reasonable price, the external and internal appearance, in general, shows an improvement instead of the small and cheap look of the old Accent. Many features perform well in this model with a high-quality standard that makes it convenient and optional.

We found that this subcompact sedan so far is way much better than any other kind of subcompact car. It feels very smooth and controllable thanks to the sharp break, significantly when driving on the highway, or in a high traffic way where quick maneuvering is required.

The front seats are very comfortable even on long trips. The back seats are added rear suspension that not only prevents the vehicle body from hitting the ground but also keeps the tires attached to the road. Trunk adequate space for multiple groceries, suitcases allows us to try fitting in it thus far.

The strong engine of Hyundai Accent also gives it a strong competitive edge as we mentioned above.

Despite those undeniable advantages, we also came up with some of the drawbacks of the Hyundai Accent 2012. First is the limited rear visibility at a hatchback, which makes it a minus when compared to other Accents. Additionally, how hard the manufacturer tries to update the features of the 2012 Accent, they almost stay the same as the old generations, and competitors still offer more options for their cars.

One thing we don't really like about this car is the fuel economy is not as great as estimates suggest. The fuel tank is also smaller that might make it lose one of its strong competitive edges.

Considered as one of the most affordable diesel cars from Hyundai, we recommend that Hyundai Accent 2012 would be a perfect choice for people who love long-distance commuting. Although these features above fascinate you or not, we believe that they won’t become a barrier stopping you from taking a glance at this model.

>>> For more old and new car reviews in the Philippines, visit Philcarreview.com!