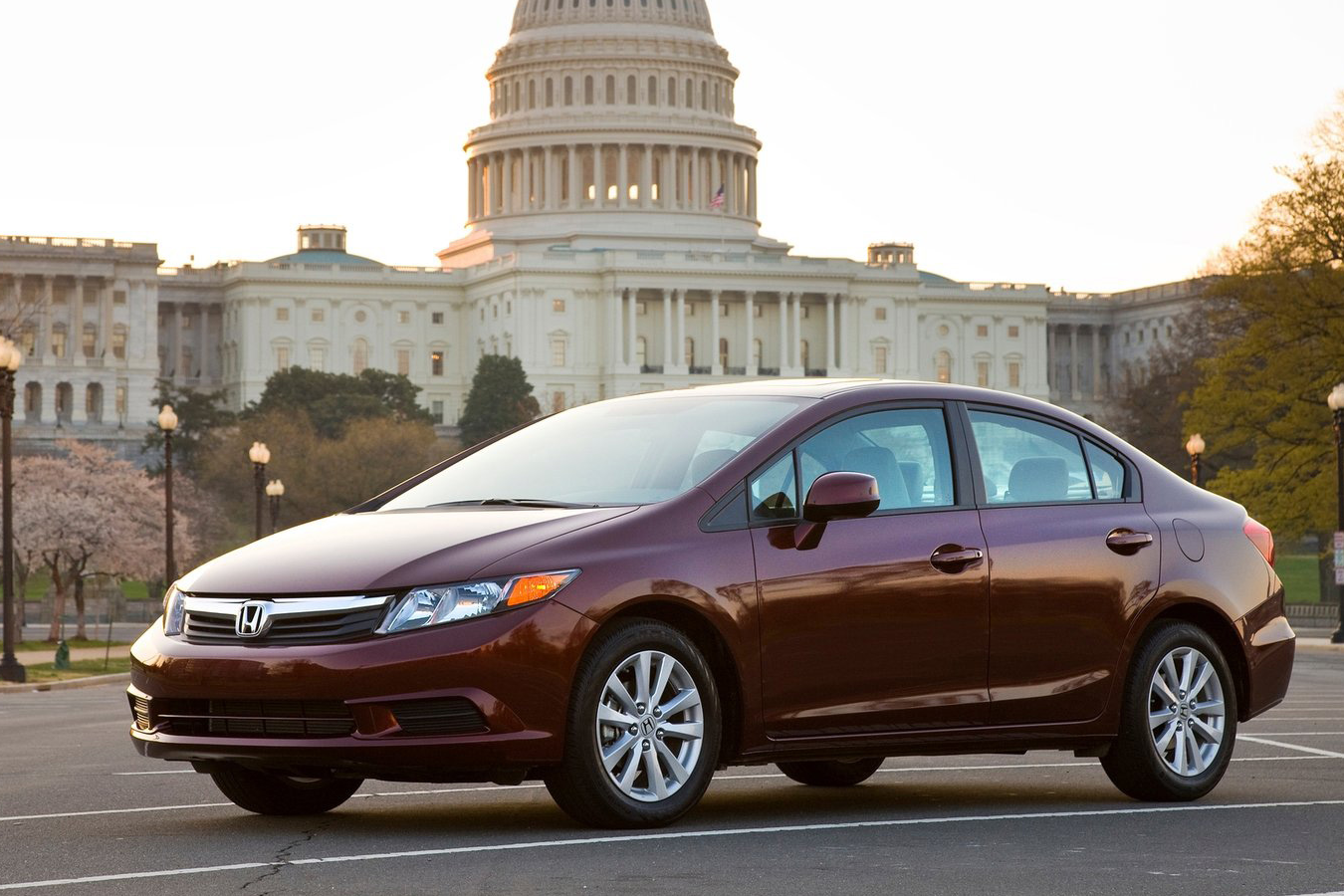 Honda Civic is a familiar name for car lovers and really warms up the Philippine car market. Here are the main review, specs and features of the 2012 Honda Civic.

Fast forward to February 2012, the long-awaited 9th gen Honda Civic was unveiled since its 8th gen in 2006. The external design of the 2012 version in the Philippines is the same as that of the international version. Civic image has been known as a vehicle with youthful design, dynamic and powerful operation.

2012 Honda Civic Price in the Philippines

Pricing for 2012 model in the Philippines:

2012 Honda Civic still carries the youthful and sporty features like the previous generation. The new design of the car is quite luxurious and modern. Overall, the 2012 Civic overall design can appeal to customers at first sight.

The front of the car has an impressive new design with a pair of long headlights behind the grille with 3 bars. The front lights of the new Civic look more modern than the previous generation because of the appearance of projector lamps and HID bulbs (on the 2.0AT version).

The big difference in the Civic 2012 version is that this lamp can be set to automatically turn off over time via i-MID communication system and adjust the lighting angle to increase safety when going in the dark. (only available on the most advanced 2.0AT version). 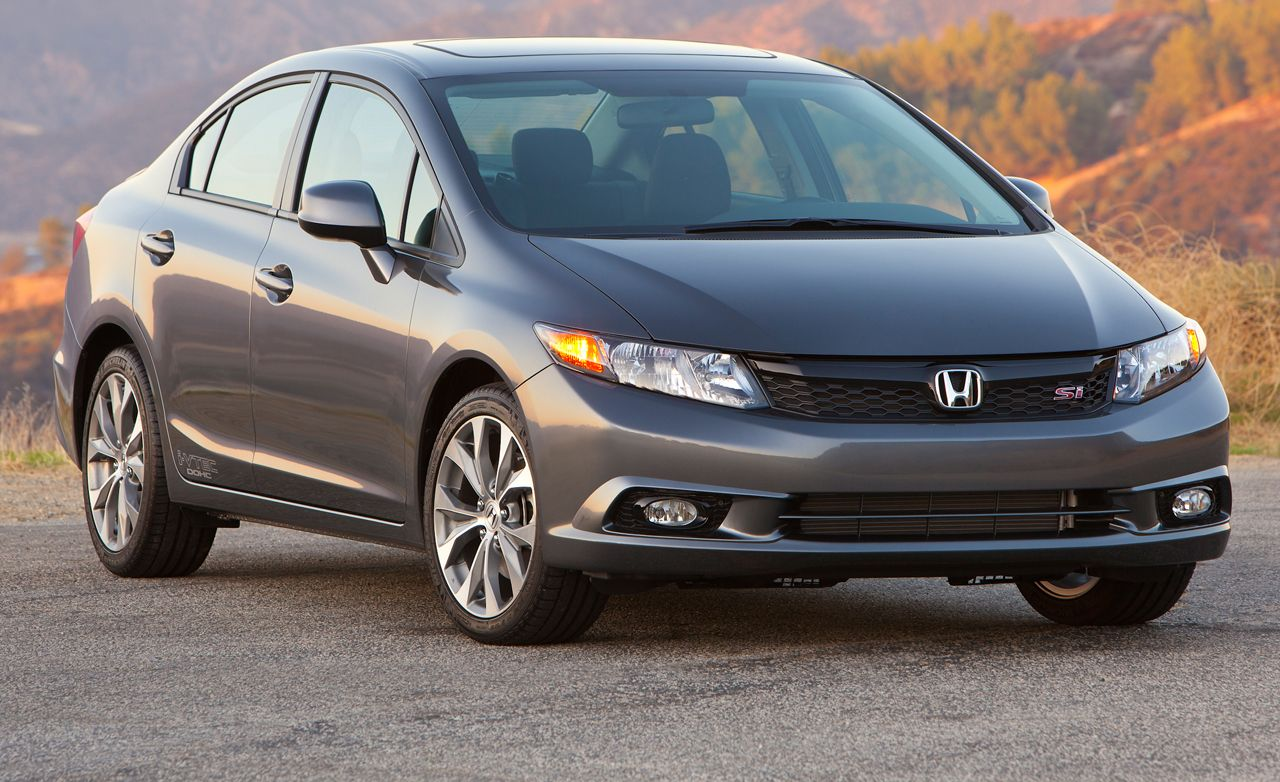 The body is designed quite simply in the style of most Japanese car manufacturers.

Overall, the interior of the 2012 Civic is more luxurious than the previous generation. Compared to rival Toyota Altis, the Honda Civic still has a more trendy and youthful style. 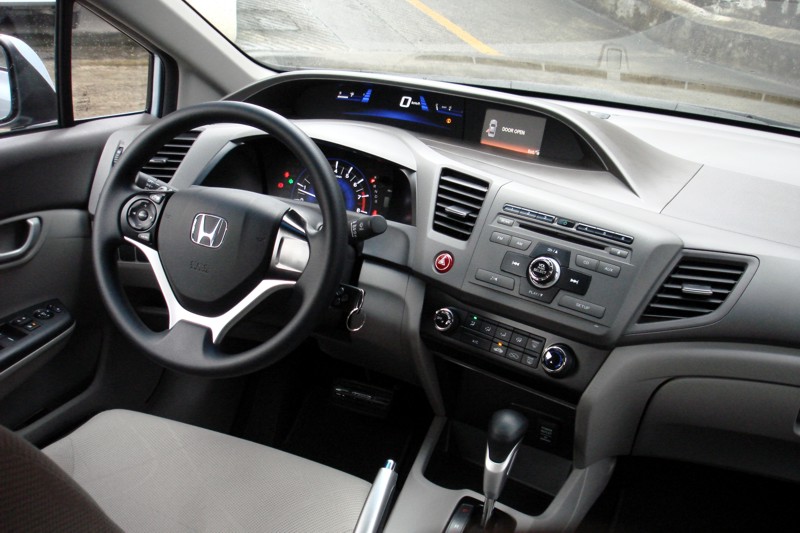 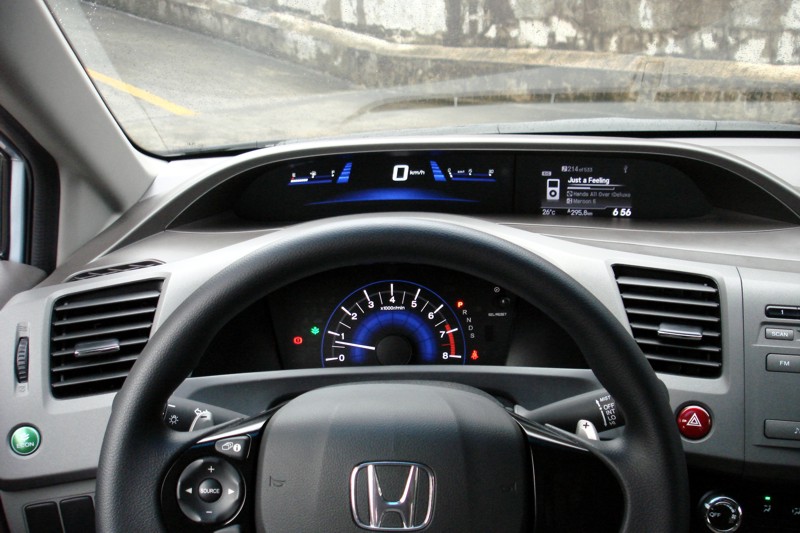 Different from other modern details in the car, the tablo section on the 2012 Civic is designed quite simply with the top is the audio-visual system, below is the air-conditioning system. The biggest difference from the old generation is the Honda driver-oriented design, the driver will capture and control all functions on the vehicle. 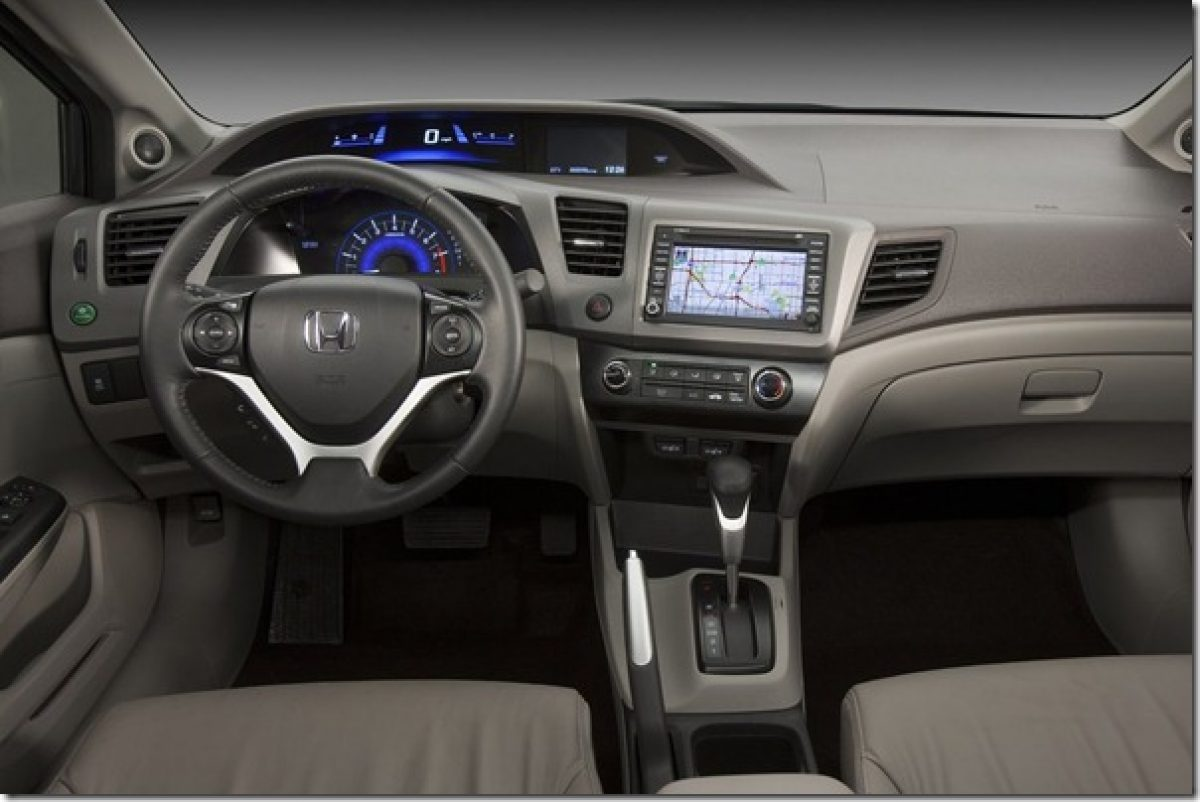 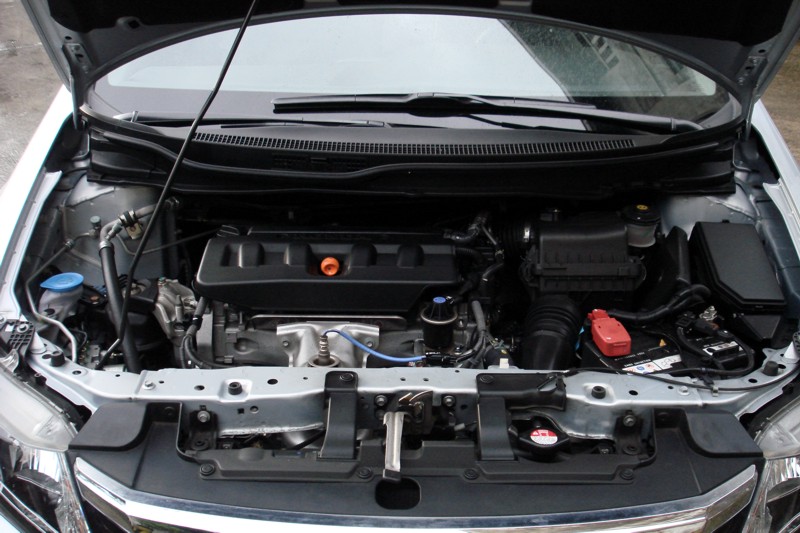 Both versions of Civic 2012 are equipped with Econ Assist eco-driving system with Econ Mode and Econ Coaching modes. After the driver activates Econ mode, the computer will automatically analyze the parameters of the engine is working to calibrate with the air conditioning system to minimize unnecessary fuel consumption. 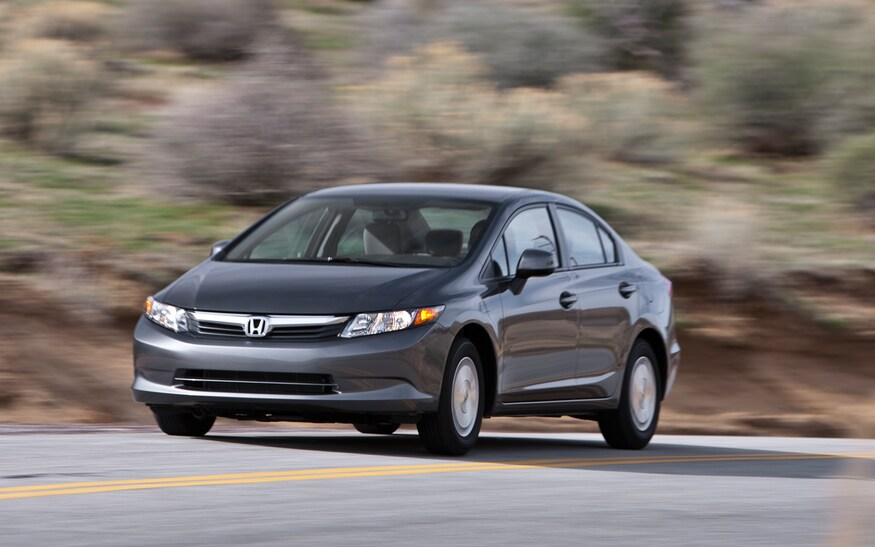 At high speeds, sometimes the cabin is a bit noisy, but the soundproofing of the car is much better than the previous generation.

Standard safety equipment for the 2012 Honda Civic includes the G-CON chassis that controls the force of the front collision and dampens collisions with other vehicles, 4 airbags for the front row (including airbags front and side airbags), ABS anti-lock braking system, electronic brake-force distribution system EBD, reversing sensor (1.8AT & 2.0AT), electronic balancing system VSA (2.0AT), key burglar and alarm system. 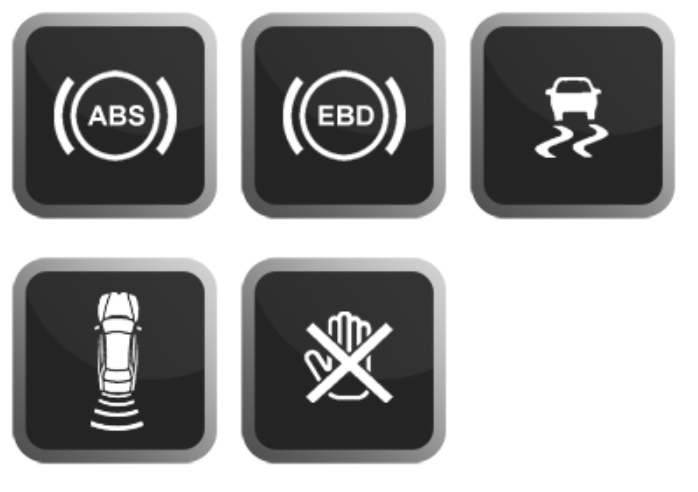 Safety features on the Honda Civic 2012

Modern, sporty and elegant, Honda Civic has always been a name to be reckoned with for those in need of a midsize sedan. However, some disadvantages such as manual seats and slightly higher prices make many people reluctant to compare with other competitors.