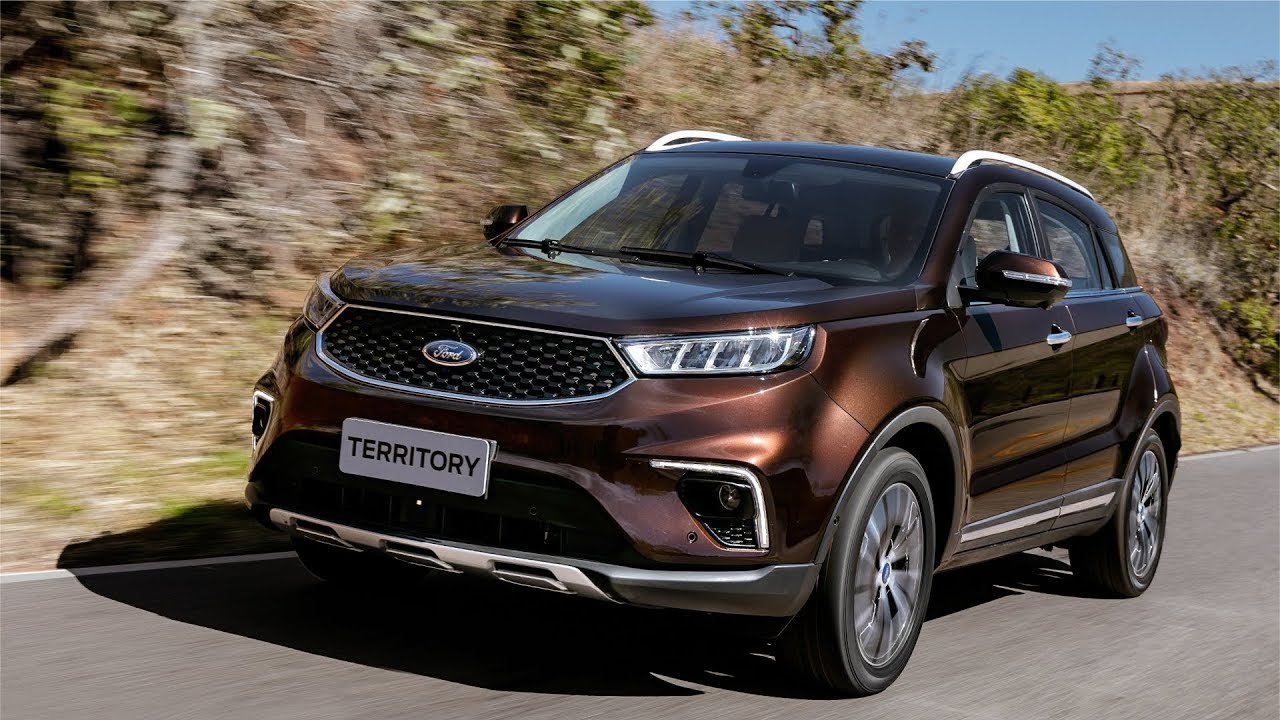 Have you ever heard about the recent car released in the Philippines with many unique functions - the 2020 Ford Territory? If no, please take a glance at this text; it will not let you down!

When Ford Territory was first launched in 2018 in China until now, it is no longer an unfamiliar name to car lovers. After the success in the early years, Ford is planned to increase this model coverage by targeting the developing economic region of Southeast Asia. A few months ago, the 2020 Ford Territory finally came out and exploded the Philippines car market. So what makes this product superb? Let's find out with Philcarreview.com!

These are some highlight points of the 2020 Ford Territory Philippines:

Direct competitors in the same segment of Ford Territory can not fail to mention Mazda CX-5 and Honda CR-V. As the two opponents mentioned above with 2 versions in the same price range, the price gap between 2 variants of the 2020 Territory is not too much.

The two front seats are all electrically adjustable, providing a comfortable seating position for the driver and passengers. Opposite the driver's seat are a silver-plated 3-spoke steering wheel and soft leather upholstery. Behind is the large-sized digital clock cluster that contributes to an exhilarating experience for the owner.

Not only large space, but rear passengers also feel the air when the roof is integrated with a panoramic sunroof. It comes with three headrests and large central armrests to help reduce fatigue during long trips.

Cooling capacity on the Territory is not inferior to competitors in the segment with automatic air conditioning combined with wind doors in the rear seats. For technology fans, the Territory will be a very worthy model to experience when owning:

The screen gets more vitality for the car when it can help users entertain over the Internet. Users can take voice commands through this cover.  In Ford Territory, it even supports 360-degree cameras to observe the car angle.

This system design purpose of Ford specialists helped the driver to focus more. The voice commands will be converted to control signals sent to the system, in the form of conversation with questions or messages.

A USB connection allows you to plug phones or other media devices into your car's infotainment system. This connection can be used for various purposes, from listening to music, converting media to a hard drive, or only charging a mobile device.

By plugging into your car's USB port - somewhere on the dashboard or center console - you can listen to music stored in your phone through your car's infotainment system.

Inside The Ford Territory - a modern and upscale style

The Ford Territory continues to lead the user's emotions with the cabin also possessing a modern and upscale style. If you hide the oval logo at the steering wheel, customers will hardly believe they are sitting in a Ford car. The layout and design all bring the feeling of a luxury car experience. The dashboard area has a rather creative design with a large 10-inch touch screen, surrounded by a glossy black panel to create a premium look.

The interior compartment is quite large. The main details are covered with leather with special equipment such as a separate LCD screen system for the speedometer cluster and entertainment screen, panoramic sunroof, electric front seats, wireless charging, 4G LTE Wifi system and Co-Pilot 360 driver assistance system.

From the front of the car, customers can feel the boldness and masculinity of the Ford Territory through lines. The most prominent is the oval grille with a unique tile roof structure.

The LED is also a splendid feature of the Ford Territory. Connecting the grille is a slim LED phase cluster for maximum lighting performance. LED daytime running lights are not integrated with the headlights as conventional models. Instead, they are moved to the fog lights with fancy hook graphics, contributing to increasing the Territory's visibility.

In the auto industry, Ford is well known for being a brand that focuses on and invests heavily in safety systems. Therefore, it is not surprising that the Territory becomes the most modern car in the segment when it is first launched.

The most advanced version has safety features such as automatic distance-adaptive throttle, 360-degree camera, or auto parking in parallel and perpendicular corners.

Through the survey, here are some common questions that people ask about Ford's product line. Let's see if they coincide with your wonders.
1/ How much is the 2020 Ford Territory in the Philippines?

2/ Is the 2020 Ford Territory available in Automatic Transmission?

Yes, the Territory is equipped with six-speed Ford transmissions.

3/ What are the Safety Features Available in Ford Territory Philippines?

The top-spec variant for the 2020 Ford Territory is Titanium Plus at P1.29 Million.

5/ What is the Engine Capacity of the 2020 Ford Territory?

6/ What are the color options available in the 2020 Ford Territory?

With the information above, we can ensure that the 2020 Ford Territory Philippines possesses many advantages over its rivalries in the same segment. What do you think about it? Is it worth the purchase?

Hope this article has answered all your questions about this model. Don't hesitate to scroll Philcarreview.com to see more!