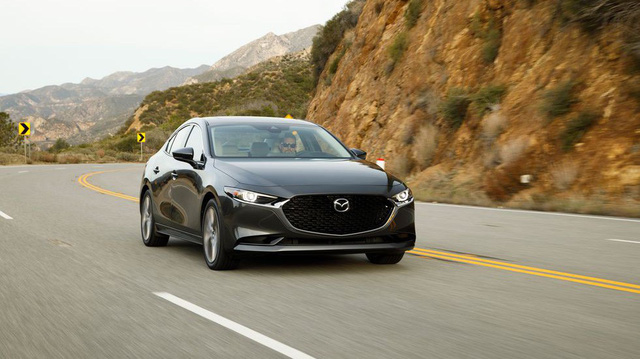 Are you curious about the new Mazda 3 2019 Philippines or just looking for a car with good specs and good deal? Read on, and you’ll find all your answers here.

​In 2019, the Japanese carmaker Mazda released their new and improved Mazda 3 2019. As car enthusiasts, we took it upon ourselves to see if this new model is worth the not-so-cheap price the company gave out. And this surprised us all with its hatchback and sedan version in the Philippines.

And the 2019 Mazda 3 sedan version in the Philippines

Like many other car lines of Mazda, the Mazda 3 2019 Philippines has the KODO design language – a unique design of this well-known Japanese car company.

Do you know what KODO design language is? In Japanese, “KODO” means “Soul of motion”. Inspired by the beauty of energy in stationary forms, KODO design language aims to bring Japanese aesthetics into each vehicle design. Sounds very poetic, isn't it? As such, vehicles of Mazda with the KODO design language tend to have a refined but dynamic look which is created with single, flowing lines, rather than complex curves.

In this car, we can see this trait very well: instead of sharp cutlines, both sides of the car have long flowing lines that give the car a curvy look. However, with this new model, it seems that the designers of Mazda wanted a fresher, more powerful appearance, as they had trimmed back some elements (like the fog lamps).

Upfront, both the hatchback and sedan models of the Mazda 3 have a pair of large headlights that stretch horizontally. Behind is a protruding tailgate, rear bumper, and taillights. Overall, the exterior of the car gives off a “premium European car” vibe.

For the 2019 Mazda 3 Philippines, the 5-door hatchback version and the 4-door sedan version each has its unique interior design, with the former having a powerful and dynamic appeal, while the latter is more refined and elegant. The cabin of the Hatchback version is very eye-catching with the red-black combination. On the other hand, the sedan is more mature with an all-black color scheme.

Inside, the cabin features a horizontal, symmetrical layout, with an 8-inch infotainment screen and the main entertainment unit at the center. The seats are all wrapped in leather, which helps enhance the warmth and richness of the design.

This is thanks to the smart design of the Skyactiv-G engine’s structure: the piston-shaped, split fuel injection, intake ports, and coolant control valve work in harmony to make a high compression engine that can create the most energy out of the air-fuel mixture. This high-efficiency engine comes in 2 versions:

A 6-speed automatic transmission goes hand-in-hand with both versions of the Skyactiv-G engine.

Another contributor to this 2019 model’s outstanding performance is the G-Vectoring Control Plus (GVC Plus). This technology makes it easier to control the vehicle movement, specifically through selective braking. When you turn the steering wheel, the torque is lowered, the weight is shifted to the front to give you more grip. Then, as you exited the corner, the GVC Plus restores the torque to the previous position to transfer the weight to the rear for the car to be more stable while running.

The Mazda Connect™ Infotainment System is the latest entertainment technology of Mazda, with many driver-friendly features available. For music and/or podcasts lovers, You will also come to like the Infotainment System, as it has a CD player, USB port, AUX port, and AM/FM Radio. You will never be bored while driving again!

Designed to help you stay focused on the road, the Mazda Connect can connect to your phone through Apple CarPlay™ integration (for iPhone users) and Android Auto™ integration (for Android phones). With the optimized mobile connectivity, you can easily get access to your texts, calls, contacts, and even some compatible apps, all through your voice and the commander controller.

The navigation feature is also included in the 2019 Mazda 3. Maps of the Mazda Connect™ Infotainment System are always up to date, and they can be displayed in both 2D and 3D, along with information such as speed limits and traffic situations.

Every Mazda 3 2019 in the Philippines market has a premium Bose® Audio System designed and structured to give the drivers the best auditory experience.

The audio system consists mainly of woofers in the front side panels and an 8-speaker system (for the standard version, though we highly recommend the 12-speaker system as it gives better sound quality).

The I-Activsense® Technology of the Mazda 3 greatly increases the safety of this new car model. Featuring the all-new Driver Monitoring system, the safety system can now detect vehicles that are approaching or are in the blind spots.

What’s more, the I-Activsense® Technology will make a sound of alert for the driver, should its camera and LED detect any signs of drowsiness in the driver seat. Aside from the modern safety technology, the 2019 Mazda 3 also has airbags hidden in every potentially dangerous spot: the front, sides, driver’s knee, etc.

Equipped with many new and improved technologies, it doesn’t surprise us that the prices of the 2019 version are quite high. However, the prices may have changed somewhat as this model has been released for a year. Below is the Mazda 3 2019 Philippines price list when it first came out in 2019:

In conclusion, this car is well worth the price. As the fourth generation of the Mazda 3, the 2019 Mazda 3 Philippines has so many great updates, from the design, the engines, to the technologies that come with it.

This time, we have to give our applause to the designers of Mazda, because they managed to build a car with the appearance of a European vehicle, while still maintaining the top qualities of Japanese products: endurance and longevity.

If you find this article helpful, keep following Philcarreview.com for more!